There’s milk. And then there’s milk! From cow to cow, farmer to farmer, milk is so much more than just one product. That’s why, together with Sietske Klooster, creator ‘De MelkSalon’, we set up a taste and design room with fifteen dairy farmers from Africa, Asia and the Netherlands.

Now, international farmers are invited to join this design and tasting session. Tasting and discussing global dairy products and fermentation techniques, this doubles as an exciting chance for all to share their knowledge and experiences about setting up and working within a cooperative. Straight from the dairy cow’s mouth!

In every part of the world farmers work together in cooperatives. But the issues we face in the Netherlands are different from the ones in Africa and Asia. Designer Sietske Klooster therefore invites fourteen farmers from Kenya, Uganda, Zambia, Nepal, Indonesia and the Netherlands, to tell about their experiences, and about why they are in a cooperative and which issues they come across.

Value of farmer lives
Chabota Mbozi from Zambia tells us about his problem to find more youth to join the cooperation. He also states that most of the milk produced in cooperatives, comes from the older farmers. ‘The youth really must work together! They should be taken into account when decisions are being made, and even be in the decision making roles themselves. We need to adept more modern ways of adding value to our milk. But it is challenging for young people to farm. It’s hard to get land, and the craftsmanship of being a farmer still doesn’t attract a lot of young people, it’s not a very prospectful way of living. That’s why they’d rather go to the city, to get another job.’ Carol Gathogo from Kenya supports his claims. ‘We are now with only 1000 young farmers in our cooperative. But if everyone joined, we would be with almost 5000! That would be so good,’ she says. ‘At the moment, the market is monopolistic and prices are very low. The farmers just don’t understand the value of a cooperative yet, as a measure to supply milk and to make the prices rise.’

According to Raju Sharma from Nepal, the problem is even more complex.  ‘Youth are not interested in cooperatives – but cooperatives are also not interested in youth. They just want to do things the way they do it. Next to that, one of the main challenges I see is that the leaders of the community are not very interested in the cooperatives. The cultural values need to change. And indeed, the farmers life is not very attractive, but the small things count. Yesterday I was in a farmer suit, a coverall, which said ‘Proud to be a farmer’. I found that really awesome. It reflects and adds to the value of our lives.’

Seasons are changing
Where in the Netherlands cows graze throughout the grassy seasons, and are being fed hay in the cold season, farmers in Africa and Asia don’t always have that luxury. ‘In Uganda, our cows don’t have enough grass sometimes. In the past six months, it hasn’t rained and even for the dry season that is a very long time. The weather is a really big factor in our life as a farmer, and climate change really has a big negative impact,’ Kharm Kamuntu tells us. He is the secretary of his cooperative, and has been a member since he was 18 years old, which is now 12 years ago. ‘I’m uneducated – same as other farmers. But I know about my cows. And that is worth a lot, it adds so much value to my product.’

Iwan Gunawan from Indonesia points out that there is no sense of belonging to the cooperation, for the farmers in his surroundings. Next to that he doesn’t have his own land, but rents land, which is expensive. ‘As a cooperative, a next step could be to get a piece of land together.’ Kharm Kamuntu adds to that point: ‘a cooperative is more than a collective. We can help each other, by renting each other money for example. We help each other survive.’

In the Netherlands, although some problems are similar, the farmers are also looking to add value to their milk by telling their story. They try to add value by differentiating: each farmer has its own land, his own cows and therefore a specific taste to its milk. Dutch dairy farmer Marten Verdenius: ‘by differentiating our milk, we add value. Each milk is different but the consumers are not used to it. After years of focussing on quantity in the Netherlands, it is now time to focus on quality in our cooperative. Exciting, because we are stronger as a cooperative, and because we can sell their own products in the city. We can probably ask a better price for the milk, because we have a good story about our sustainable way of farming and healthy soil and cows. We are still looking for more effective ways to communicate though.’ In Uganda, the trend is different. There, cows were prestigious to have: ‘you were no-one if you didn’t have a cow,’ says Kharm. But in the last couple of years, people are crossbreeding cows in order to increase the quantity of milk the cows give. And with just a couple of cows, you can process the milk yourself. 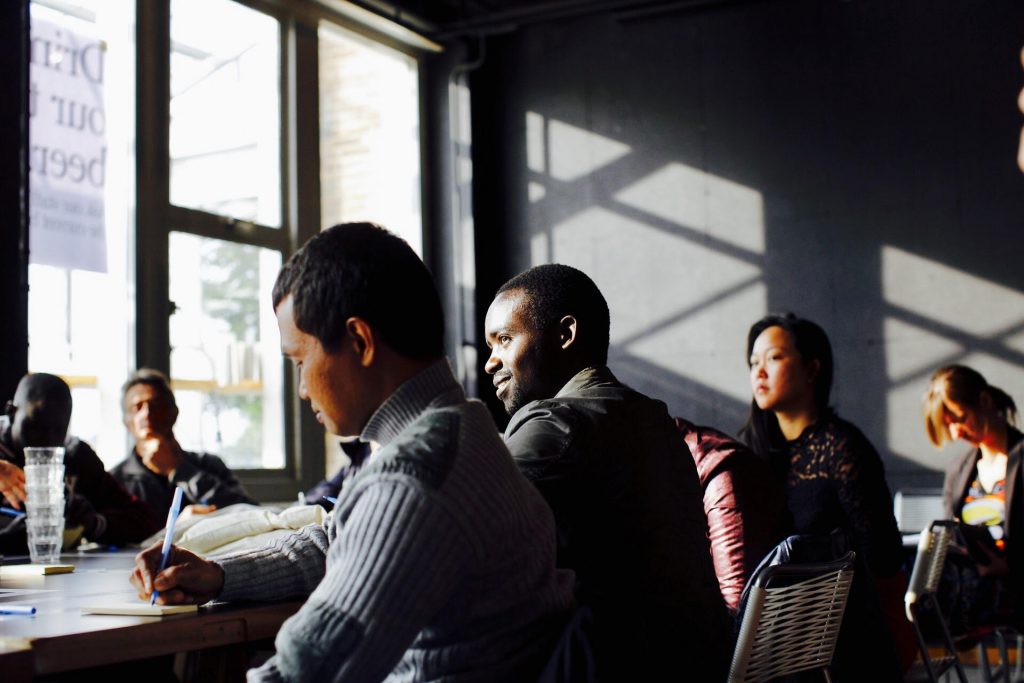 Together with some dairy farmers, designer Sietske Klooster starts a cooperative for milk in the region of Amsterdam, the Netherlands: MELC. Check out her website of The Milk Salon and MELC (in Dutch).