The new Livelihoods Fund for Family Farming wants to support 200,000 farmers, through their cooperatives and NGOs, in their efforts to improve farming techniques and land management. Large international companies are investing in the Funds, which currently has 120 million euros at its disposal.

Once, the Kisumu Region around Lake Victoria in Kenya was green. Today, drought, erosion and overgrazing have left the area increasingly infertile. Farmers live in poverty, partly as a result of inefficient farming methods and scant marketing options.

To stop further degradation of the land and fight poverty, fifteen cooperatives are now supporting 30,000 farmers. They are improving cattle management, planting trees and crops, and using sustainable farming methods. A local dairy company, Brookside (part of the international dairy giant Danone), is assuring the marketing part: for the next ten years it will buy the milk these farmers produce.

Restoring the land in Kisumu is one of the nine projects supported by the first Livelihood fund, called the Livelihood Carbon Fund. Ten major companies, including Danone, Schneider Electric and Michelin, have invested 40 million euros in this international Fund, where they work with nature conservation organisations, such as the IUCN. The objective is to fight poverty by restoring degraded ecosystems. The Fund provides money and knowledge to NGOs and farmers’ cooperatives with a proven track record of efficiently assisting farmers in their efforts to improve agricultural and land management methods. One million people have seen their income improve as a result of the program.

At the end of 2015, immediately after the Climate Summit in Paris, Livelihoods created a second fund and called it the Livelihoods Fund for Family Farming. It quickly gained the public support from major companies, including Danone (once again), Mars, the energy and water firm Veolia and Firmenich, the world’s largest privately-owned creator of fragrances and flavours.

The Fund wants to invest a minimum of 120 million euros in farmers in Africa, Latin America and Asia. NGOs and farmers’ organisations will carry out projects centred on products that are under threat from climate change. These include milk, vanilla, mint, cocoa and sugar.

Livelihoods believes these projects create only winners. Farmers who want sustainable agricultural practices and better yields get help. NGOs and farmers’ organisations get the financial support and technical assistance needed to scale up their initiatives. For their contributions, the investors in these funds can be rewarded with carbon credits, geared towards reducing greenhouse gases. The companies that take part are making sensible investments in their supply chain, as Danone is doing in Kenya, for example. The Livelihoods Fund is also working with knowledge institutes and governments. The latter are predominantly concerned with investments in public goods, such as biodiversity and clean water. 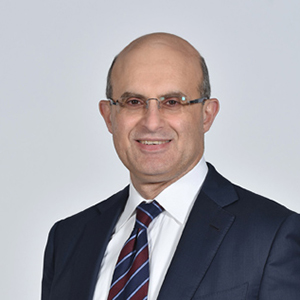 “It gives us the opportunity to scale up the impact of our responsible sourcing, building on the fund’s extensive network of likeminded NGOs and corporate partners.”

Looking to make a deal? 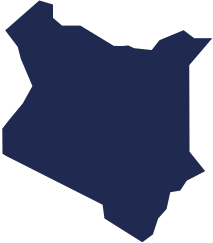