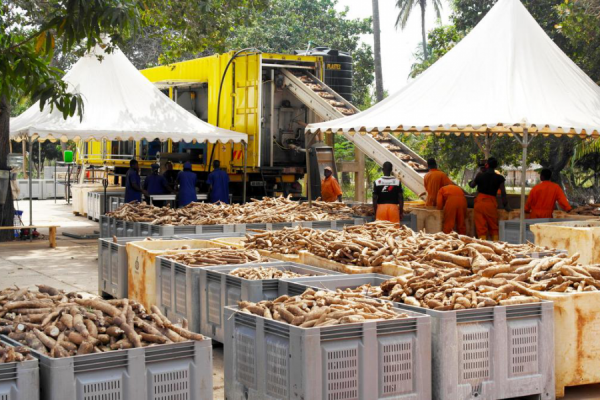 In Mozambique, the Dutch company Dadtco takes in cassava roots delivered by six thousand local producers and works them into cassava cake. The SABMiller brewery then uses the cake to produce Impala, a beer that poorer people can afford.

In Sub-Saharan Africa cassava is a popular crop, since it can always be relied upon to produce yields even when the soil is poor or the rains fail. Moreover, the root can stay in the ground for at least a year without rotting. Many farmers would like to commercially grow the root, rich in starch, for a ready market. But this is an activity that has hardly begun to develop. One important reason is that the root, once harvested, starts decomposing after only 24 hours.

Dadtco has come up with a solution: a mobile processing facility that tours the farms. To create a market for its product, the company and SABMiller, one of the world’s largest brewers, decided to start a collaboration. The year was 2011. Dadtco ordered two mobile processing installations to be custom-built and shipped to Mozambique.

These installations produce a moist dough that can be stored for at least half a year. From it, SABMiller extracts the starch for the production of its Impala beer. Impala is cheaper than the premium beers on the Mozambican market because it is using fewer imported commodities and attracts lower taxation, as the crops used in its production are local.

Cooperation has since expanded. With help from the Dutch government, Dadtco and SABMiller are now working with development organization SNV and the International Fertilizer Development Centre (IFDC). Both are assisting the farmers in sustainably growing quality roots. A local research institute supplies improved starting material. As a result of all this farmers now sell, on average, almost three times as much produce to Dadtco that they did four years ago.

Bridging the gap between the cassava farmers who want to grow crops for the market and the industry that needs high quality starch is not always easy, explains Renske Franken of Dadtco. For instance, when there is a spike in demand the brewer wants extra tons of cassava cake, and quickly. Franken: ‘SABMiller had to get used to buying regular quantities. But their understanding of the supply side has grown.’

Dadtco is setting up similar projects elsewhere in Africa. It is also expanding the market to include bakeries. This last has been made possible because the company has developed a second type of mobile processing unit, which delivers dry cassava starch. Franken: ‘Bakeries have switched to cassava to substitute some of the imported wheat.’ 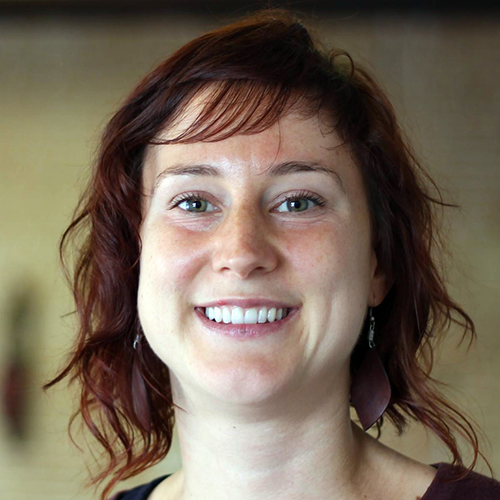 ‘We are the bridge between the cassava farmers who want to grow their crop for a market and the industry that needs high quality starch.’

Want to make a deal too? 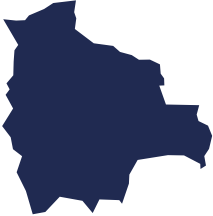 Surf to our world!